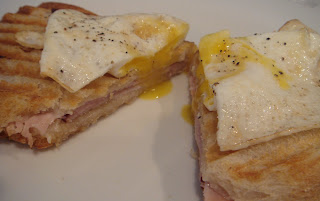 You may have seen our one minute weekday breakfast sandwich post here. It was a huge success so we thought we would explore the other extreme: the 20 minute weekend brunch sandwich, a Croque Madame, made with black forest ham, gruyere cheese, a bechamel sauce and topped with a fried egg. Here's the link to the recipe I used. 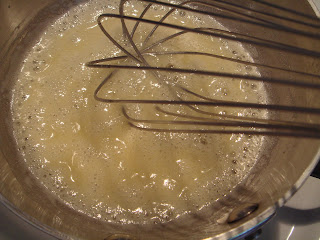 I began by making a bechamel sauce: melting butter, whisking in flour and adding milk. After cooking until thickened, which was about 6 minutes, I added a bit of salt and pepper and a pinch of cayenne. Once it was ready, I began building the sandwich. 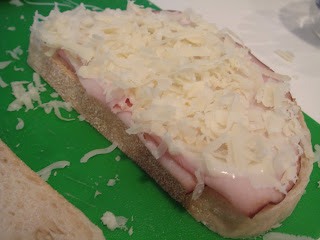 Taking two slices of bread, I brushed the outer sides with oil. The recipe calls for dijon mustard on the bread but I skipped this because I don't prefer it. I added black forest ham and spread bechamel sauce on top. A layer of grated gruyere cheese and a final slice of bread completed the sandwich. Next time I might be a bit more generous on the cheese! 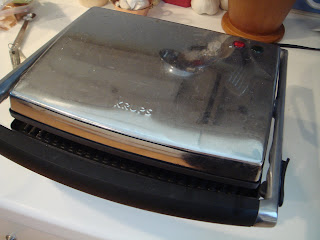 We popped it onto the panini grill. This was a wedding present that we spontaneously registered for and actually use quite frequently. 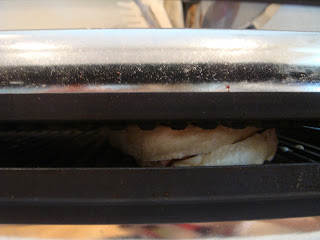 While the sandwich was cooking and pressing, we fried an egg in butter, making sure not to fully cook the yolk. 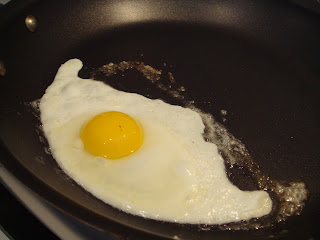 The egg actually fried in a nice lengthwise shape that would fit well on top of the sandwich. 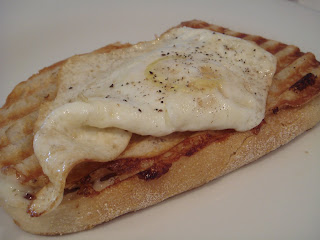 And the result was delicious. 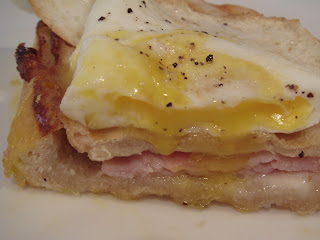 When sliced, the egg yolk was appropriately runny, the bread was crisp and the cheese and bechamel was warm and melty. So, there you have it- the perfect Saturday or Sunday brunchtime sandwich. Bon appetit!
Posted by Lauren at 9:58 PM