Jamie's Food Revolution- What Do You Think? 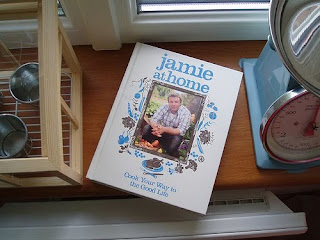 photo credit: Flickr (Homard)
There's a new food reality tv show on and it's not another cooking contest. Jamie's Food Revolution is a little of bit Extreme Home Makeover meets the Biggest Loser but for the town of Huntington, West Virginia. Jamieis hoping to start a food revolution by improving the quality of food in schools and reinvigorating the culture of cooking in homes everywhere.
If you aren't familiar with Chef Jamie Oliver aka the Naked Chef, he is a celebrity chef who has been working to improve food through several campaigns in the UK, including School Dinners and the Ministry of Food. He recently won the TED prize which aims to help him fulfill his wish: “I wish for your help to create a strong, sustainable movement to educate every child about food, inspire families to cook again and empower people everywhere to fight obesity.” The Ted Prize Site allows people to offer help to his cause and his TED talk is available online.
If you haven't seen Jamie Oliver's Food Revolution television show, it's on Friday nights on ABC. We're watching it and we want to know what you think. If you've missed the first two episodes, they're on the ABC site link above.
So what do you think about tonight's episode? Post a comment and tell us.
Posted by Lauren at 7:19 AM