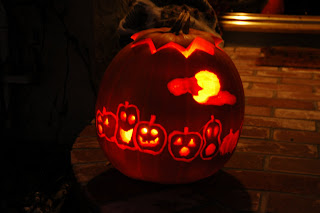 The pumpkin of pumpkins
We hope you had a Happy Halloween! We had a Halloween party with quite a few treats. 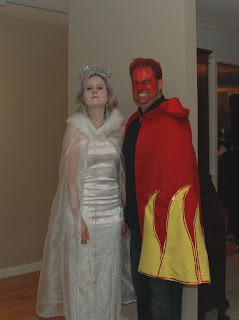 Fire and Ice
Justin and I dressed up as "Fire and Ice." I was the Snow Queen and Justin was Fire! The capes were handmade by my mom and my white prom dress was courtesy of the Goodwill, a real bargain at $8.00. 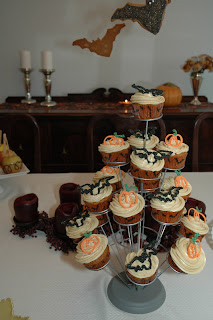 We made pumpkin cupcakes with brown sugar cream cheese icing. Click here for the cupcake recipe and substitute brown sugar for the powdered sugar in this recipe for the frosting. These are easy ones! 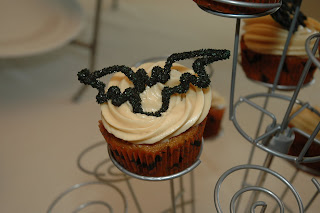 I made the bats and pumpkins using the Wilton melting chips and sprinkles. 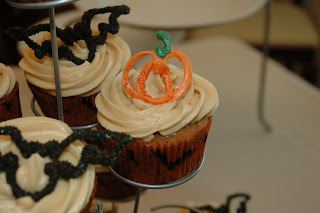 I drew the pattern myself and placed the wax paper over it. I then traced the pattern with the pastry bag and the melted coating and added sprinkles immediately before it set. 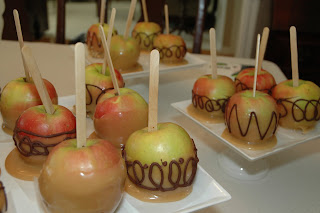 Caramel Apples with Homemade Caramel
I made caramel apples using this recipe from Martha. I confess that I had some trouble getting the caramel to stay on the apple. It slid down the apple. I took it to 245F as it suggested and I tried this twice with the same results. It tasted delicious though. I might try another recipe. Justin thought the fat to sugar ratio (butter + heavy cream : sugar) was possibly too high. 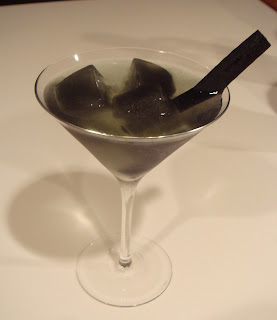 This cocktail was made with anise seed, lemon-rosemary simple syrup and vodka by me and my good friend, Bargirl. It's worth a whole post which is coming tomorrow. It's delicious! 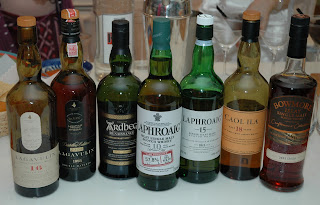 Breaking out the Single Malt Scotch
One of our guests had recently taken a trip to Scotland and toured distilleries on Islay and brought some whisky to share. Putting his selections together with a two from personal stash we had an impromptu Single Malt Scotch Whisky tasting! Five of the eight Islay distilleries were represented: Lagavulin, Ardbeg, Laphroaig, Caol Ila, and Bowmore. 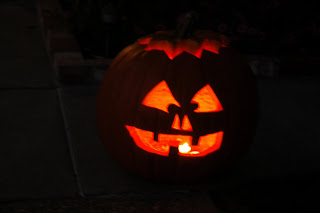 Happy Halloween!
Posted by Lauren at 10:03 AM