Food Science Friday: What exactly is food science? And a trivia quiz... 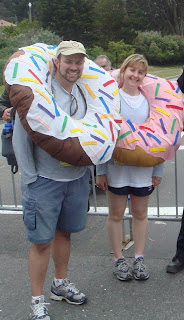 We’ve been posting Food Science Fridays for a few weeks now but we haven’t explained what exactly food science is!

Food science is the study of the chemistry, microbiology, engineering, and the sensory attributes of food. It involves creating and maintaining a safe, plentiful, and quality food supply and includes research and product development applications. Food scientists can work in academia, in government or in industry. Both Justin and I have worked in industry, specifically in product development. Food scientists often create the recipes or formulations for food you might buy in the supermarket. 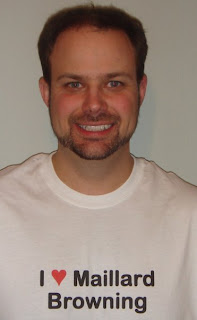 They also like to wear t-shirts about food science.

We’ll let you post some guesses and then put the answers in the comments!
Posted by Lauren at 7:47 AM