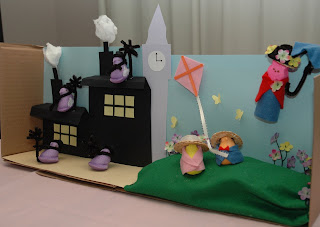 "Wanna do something CRAZY this weekend?" That's what the email to my friend Mama A said once I found out about the Washington Post's Annual Peep Show Diorama contest. And like a good friend, Mama A was up for the challenge of making a diorama with marshmallow peeps. Justin was off the hook for this since he was out of town and we only had one day until the contest deadline.

The theme for our diorama: Mary Peepins. Yes, Mama A and I were long time Disney fans with numerous trips to Disneyland and even a ballet recital dance to Chim Chimney. 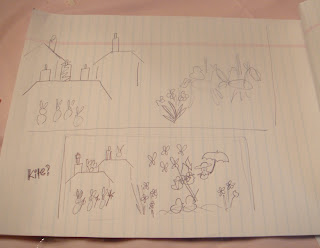 We only had Saturday night to get this done so we started with a sketch... 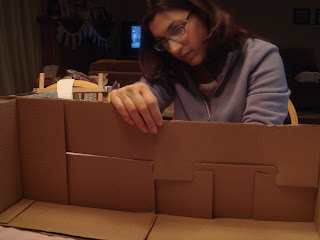 and two shoeboxes. With Little I in bed, we put on the Mary Poppins movie for inspiration and got to work. 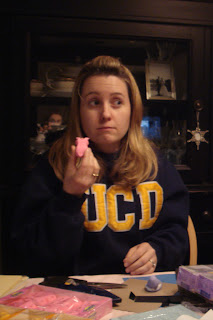 WARNING: Peeps were harmed in the making of this diorama. 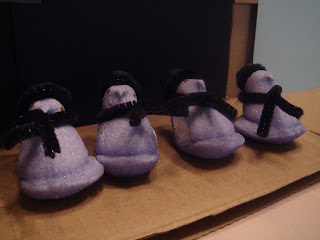 I worked on the Chimney Peeps- I meant Chimney Sweeps... 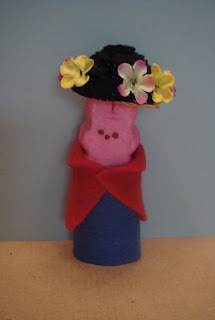 While Mama A worked on Mary Peepins. She could have a career in Peep hat making! 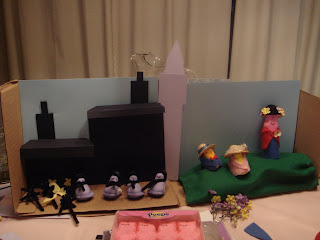 And the set started coming together... 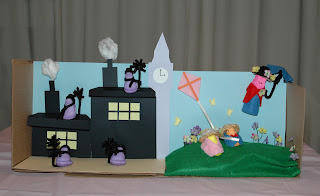 And Supercalifragilisticexpialidocious! The Chimney Peeps were sweeping to Chim Chimney and Mary, Jane and Michael were flying a kite. 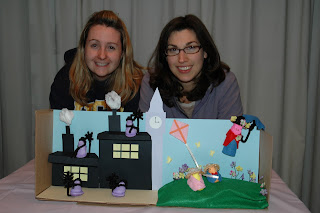 And it was 1AM and we were out of black construction paper! But we had a wonderful time making this and we'll let you know when we make the finals. Ha ha ha!
Posted by Lauren at 9:00 PM