The Bar Made from a Cookie: Chocolate Peanut Butter Oat Bars 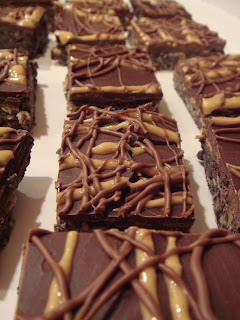 There is a whole category of treats made from treats. That's right, cookies made from other cookies, desserts made from cookies. I don't usually make these kinds of treats but I was seduced by the lovely drizzles on these bars and that fact that this was a no-bake recipe. 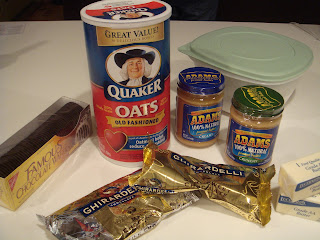 The recipe came from Martha Stewart, of course. It included the Famous Chocolate Wafers and two kinds of peanut butter: chunky and creamy. And I quickly learned that no-bake doesn't mean no mess! 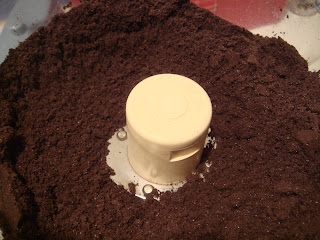 The first step was crushing the wafers. I originally was going to use a rolling pin but it wasn't working very well so I used the food processor which did a great job in about 2 seconds. 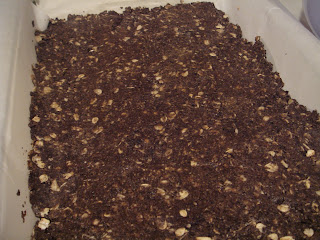 I mixed oats, sugar and salt with the crushed wafers and added the melted butter and peanut butters. It was pressed into a pan that was greased and lined with parchment paper and chilled. 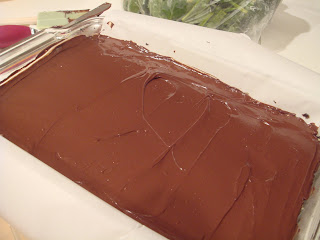 Then I melted the chocolate chips (I use the microwave to melt chocolate. In a microwave safe bowl, I zap it for 30 second intervals with stirring in between.) The chocolate is poured over the top. It went into the fridge to chill. 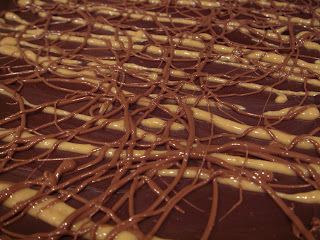 And then my favorite part...the drizzle! I melted milk chocolate and drizzled it across the top. I also drizzled peanut butter as well. Because I used a peanut butter that was just ground peanuts, it didn't harden as much but it worked just fine. 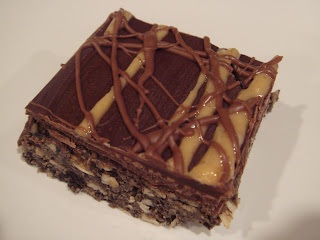 Once everything had hardened, I removed it, cut it and voila- deliciousness. Warning, these are very rich with that top layer of chocolate- but they were well-received!
Posted by Lauren at 7:08 AM