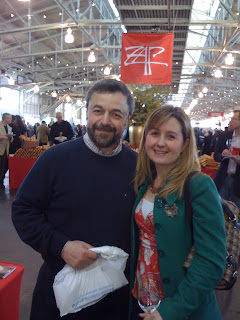 Each year the ZAP, Zinfandel Advocates and Producers, have a Zinfandel Festival with a Grand Tasting at Fort Mason in San Francisco and several tasting events throughout the week. This year, we attended the 18th Annual Grand Tasting--thanks again to industry passes from our friend, Jeff. Earlier in the week, Jeff prepared his New Jersey State Championship chili to pair with the Mounts Family Winery at the Good Eats & Zinfandel Pairing Event and he generously shared his passes with us! 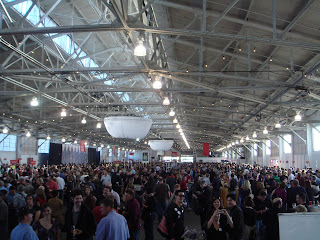 Armed with a wristband and an official ZAP wine glass, we headed into the sea of Zinfandel. Over 250 producers were set up alphabetically in the Herbst and Festival Pavilions. Seven hundred wines were being poured, all Zinfandel, with the exception of a few rogue varietals that would occasionally appear from under the tables. Our industry passes let us in early with producers and media. Thousands filled the buildings even before the "regular public" were let in, by the end of the day 10,000 would have been through the Grand Tasting. 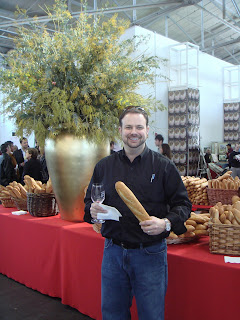 The first stop was at one of the many bread stations to grab a baguette to go. When going up against hundreds of wines, you need to keep the "ax sharp". We would share tastes, expectorate (the polite word for spit) as necessary, and consume lots of water, cheese, and bread. Luckily for Justin his past experience tasting with professionals winemakers was exceptional preparation. 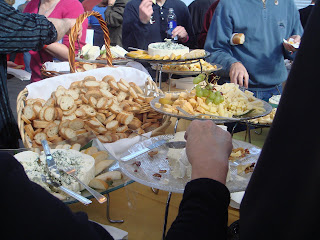 During the event we decided to Twitter our tasting impressions. We were happy to find the Wine 2.0 sponsored blogging lounge. We included the #ttl hash tag to stream our comments to other like-minded technophiles following Twitter Taste Live. Some of the wines that struck us were . . . 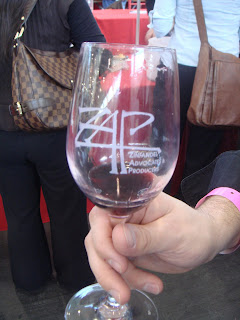 Overall, it was a beautiful day to get out into the city and drink some Zinfandel . . . then again, what day isn't? 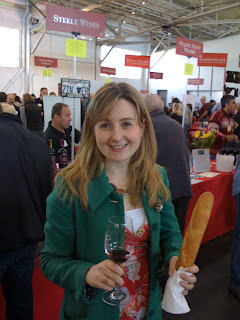