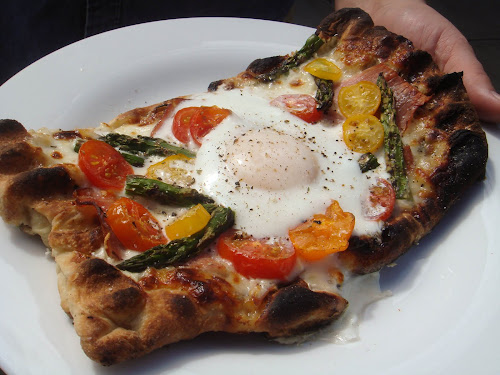 So, we've never grilled a pizza until now. And I must say, I'm not sure we totally have right quite yet but hey, we learned something and thought this was tasty enough to share even though it wasn't perfect.
I have to confess, we cheated a bit on the dough. I'm nine and half month pregnant with baby coming in less than a week. And surprisingly, we've (meaning Justin) found time to make some really good food! Justin's been making awesome fish tacos, carnitas, burgers, and now grilled breakfast pizza! But thanks to Trader Joe's, we whipped out these grilled breakfast pizzas on a lazy Sunday. They sell a premade, refrigerated yeast dough- it's literally in a simple plastic bag and it works great. 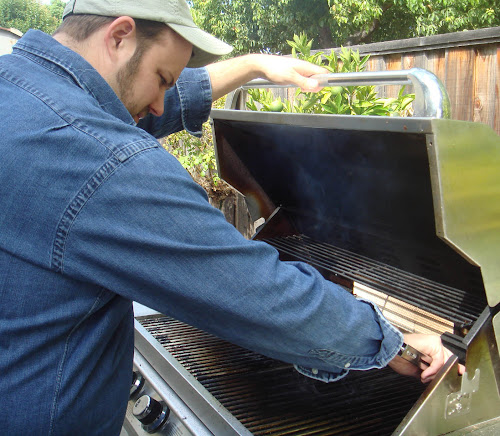 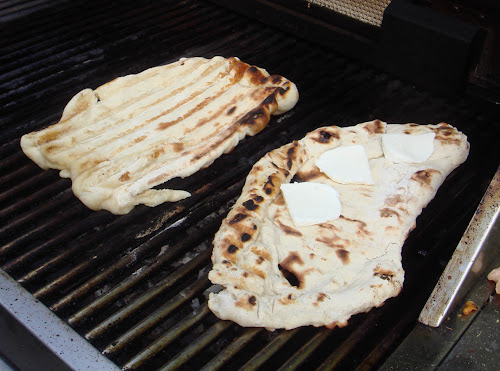 But sort of miraculously, the dough didn't stick and the pizza dough cooked. We cooked both sides... 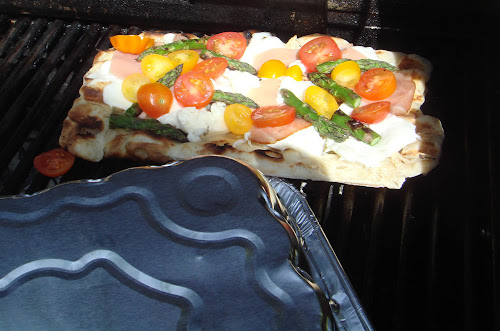 Then added the toppings: fresh mozzarella, asparagus, sliced tomatoes, and prosciutto. We put an aluminum "tent" on top to help capture the heat and melt the toppings. 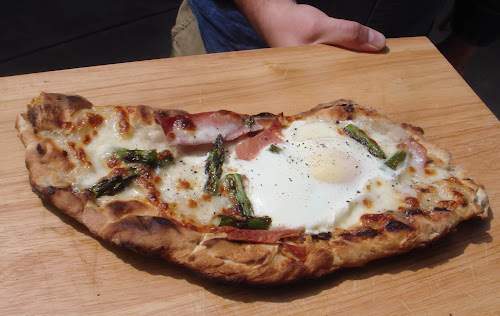 We also wanted to crack an egg on top- which we thought might cook faster than it did. It became clear that this wasn't cooking as well as we hoped. We quickly turned on the broiler and threw the pizzas with the egg under that. It worked pretty well. 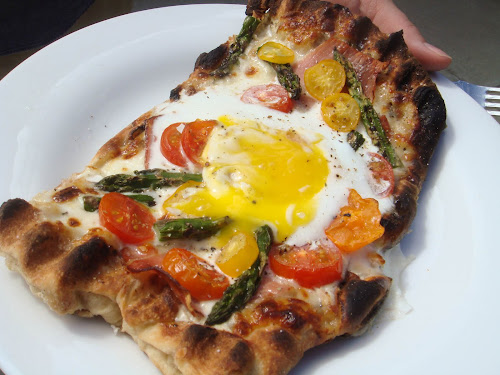 And the final results: not bad! Here's the shot of the lovely runny yolk when pierced with a fork. The crust got a bit overdone in some areas and so next time we're thinking of doing the following: either grilling the crust on both sides and finishing the egg and toppings under the broiler or busting out the Big Green Egg. Either way, these results were tasty enough to inspire us to do it again!
If you haven't seen this other post on a breakfast tart that you make in the oven, you should check it out. It's much more decadent but pretty easy.
Posted by Lauren at 7:08 PM