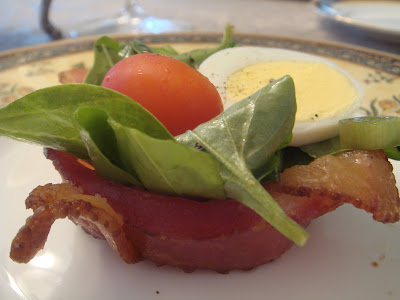 I heart bacon...it's the new cupcake right now as everyone is putting in it chocolate, having bacon parties, and making candied bacon ice cream just to name a few. We were inspired to have edible bacon bowls from the notmartha website. And my mom, Gail, volunteered to take on the challenge.
Not only did she make the bowls, she prototyped, them and wrote about it on facebook! Here was the challenge that I proposed to her: make an edible bacon bowl for a spinach salad to have as the first course at Thanksgiving for 12 people. 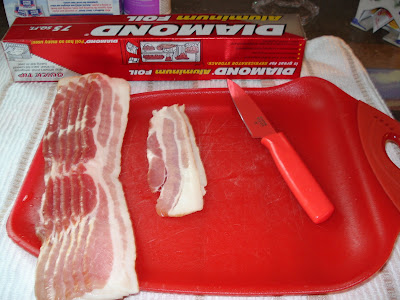 So, Gail got to work. First she checked out the Not Martha website. Then she made a few initial prototypes using a mini cake pan and reported that weaving the bacon alone was not effective, it took six pieces and shrunk significantly. We agreed that we don't have the stomach space to dedicate to six pieces of bacon on Thanksgiving not to mention that six times twelve is 72 pieces of bacon and that is ridiculous. 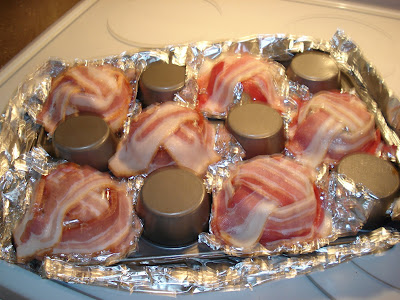 Then she hit the jackpot...using extra thin bacon, she used the back of a muffin pan (sorry the photo is blurry), did a little bit of wrapping and made the little bowls. 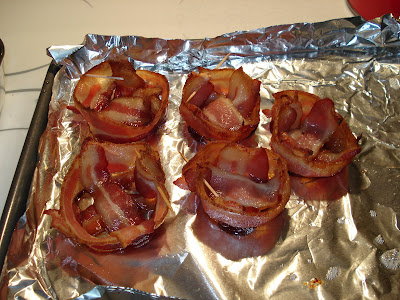 Don't they look bacon-licious? She brought the bowls to Thanksgiving and did a quick broil to warm them up before plating. 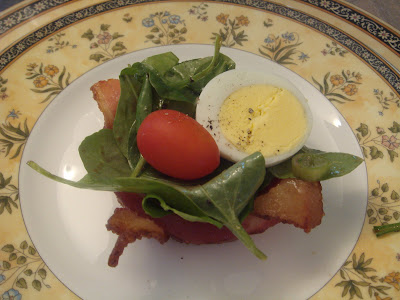 The salad was a spinach and watercress salad with grape tomatoes and sliced hard boiled eggs. It was a lovely presentation and delicious first course. You could actually almost pick it up and eat it! 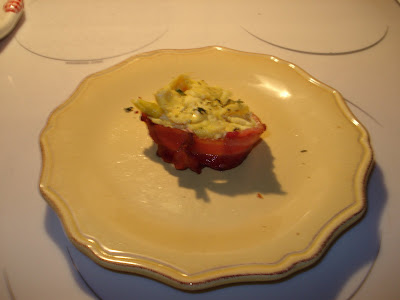 She even did some extra credit and invented the scrambled egg bacon bowl which she reported as being excellent. Great job, Mom! We'll be over to have this for breakfast!
Posted by Lauren at 8:31 PM