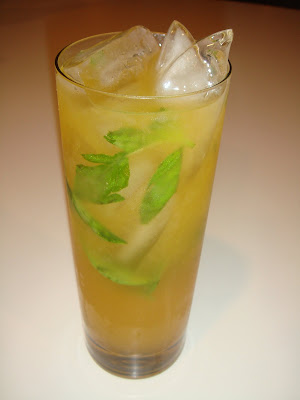 When my job was developing breakfast cereals for everywhere outside the USA I had the opportunity to travel to many exotic destinations . . . six months into the job I had Platinum Elite status on my first airline, several months later I had it on a second. When not tied to the production line in the factory I tried to soak up the food and culture of wherever I happened to be. This cocktail is an homage to the time I spent in South America, I'm calling it the Platinum Caipirito. 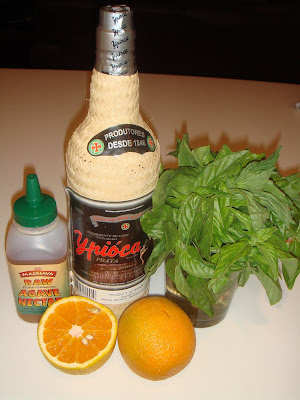 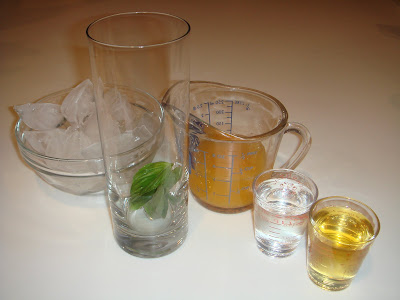 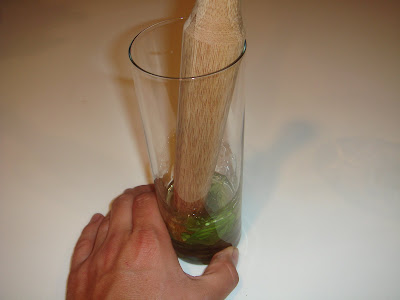 Brazil's national drink is the caipirinha (roughly translated "little peasant girl"). It's active ingredients are a lime muddled with copious amounts of sugar and a spirit from fermented sugar cane called cachaça--similar to rum--over ice. Near the end of every trip to Brazil my hosts would take me to the grocery store where I'd pick up a couple of bottles . . . the price couldn't be beat at $2 USD each vs. the airport price an order of magnitude higher. While the caipirinha is much too sweet for me, it is one of Lauren's favorites and is a house specialty. Today's cocktail gets its kick from cachaça, but substitutes oranges in place of the limes.

The resulting cocktail is a fresh, yet subtle herbal cocktail perfect for the end of summer refreshment!